Stand development, or developing film without agitation by just letting it “stand” is generally considered a foolproof (and lazy) way to fully develop film without worring too much about blowing highlights. Caffenol works well for stand development and is one of my favourites.  Below is the recipe I use.

Equipment needed: A thermometer, a scale, and a mixing container (don’t use your significant other’s ice coffee/tea pitcher).

Add in the order listed mixing well at each addition and let coffee bubbles settle before adding to film tank.  Presoak film for 5 minutes. 10 gentle turns to start then 60 minutes stand @20 degrees C for any film shot at box speed (I dont worry about the temperature too much after I start unless it is mid summer and it might rise more than a couple degrees over the course of the development).

Pushing and pulling, toing and froing..

You can push film one stop by simply increasing the development time out to 70 minutes and maybe adding another 10 sec agitation the second minute. Another stop increase the time a bit more and add a couple turns agitation as follows: 1 min, 2 min, 4, 8, 16, 32, 64 (this is called Semi Stand).  I might reduce time to around 45-50 minutes for Kentmere or Acros shot at 80 or less.. Experiment to find out what works best for you. The interesting thing is in my unscientific opinion I don’t think there is anything gained really by pulling the film when you are using Caffenol in terms of grain at least.

I have really gotten a lot of enjoyment out of Caffenol.  It works well for push processing so I like to use it with Acros shot at 200 or 400 since Tri-x is so expensive over here in Japan.

The above recipe is from Rhinehold’s site one of the innovators and responsible for a lot of great research given free to all of us- fantastic resource!  Also check out the Caffenol Cookbook for some inspiration! 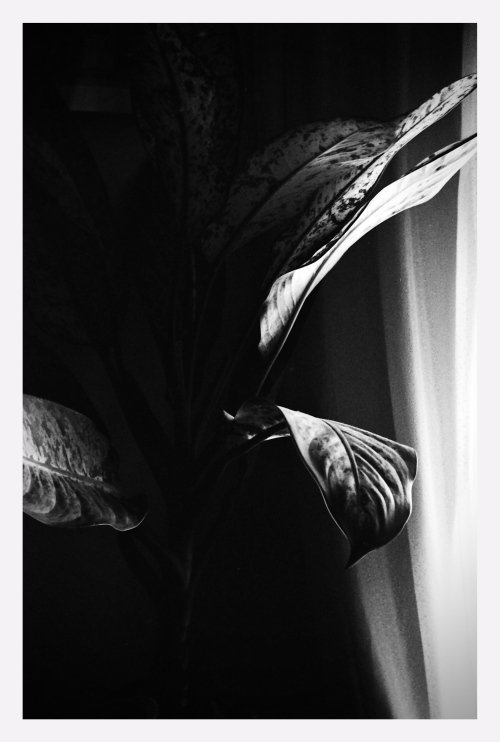 This frame captured the early morning peace and solitude I felt when I awoke early and finished off the roll so I could start developing.  A handheld snap really, possible due to the iso of 1600.  Sometimes the discounted frames taken towards the end of the roll hold something when you happen to look at them a few months later.

Unfortunately no backsides were recorded on my camera partially due no doubt to my inebriated condition, but that is no excuse,  I promise to do better next time.  “Don’t apologise just improve yourself” as my crazy old boss used to say..

Don’t worry, nothing as gritty or seedy as you might expect or even hope for (like from someone like Moriyama), I’ll save that for the next time perhaps..

The wires on the side of the building look like vines to me.  I like how the shapes and patterns attract the eye amongst the jumble and worn disarray of human life- somehow more comforting to me, and definitely more interesting to look at than our new modern sterility.

Never put off until tomorrow what can be done the day after tomorrow. -Mark Twain

My blog is finally starting to live up to its name;-) It has been a long while since making a post.  It’s not that I haven’t been taking photos, I just hadn’t gotten around to developing and scanning them.

Well we finally had some nicer weather after what seemed like endless grey, drizzly days so I took the Superb out to stretch its legs. I found a press on yellow filter and hood awhile back that fit so used that this time. I tried some Arista Edu 400 I got from Freestyle and some trusty Tri-x, and developed in HC-110 preparation “H” (1:63, or 15ml per 1l water). The Arista is about half the price of the Tri-x.

At first I struggled with familiarity of the controls, which are a bit unusual even for TLR’s, having been around 6 months since I used this camera, but by the second roll it became second nature and it flowed better. Later when inspecting my drying negatives I saw that I made two double exposures. This despite what I thought was a pretty ingrained habit of always winding just before the shot.  What happens I realised is that I might compose a shot but change my mind at the last second and go look for something else. At the next shot I don’t remember and think I must have already wound it for the last shot..  Old school photography is really good practice for being in the present and remembering each thing- or not:-)  The second roll shot a couple days later was fine. I noticed also a light leak in the first half of the frames on the first roll due to not properly shutting film doors all the way (the Superb has interesting barn doors that snap closed), something I will be more careful with next time.

Kids, Tri-x / overcast (where’s the fill flash or catch light when you need it eh?) 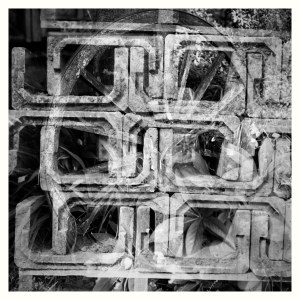 Watch out for kids, Arista 400

Loading the developing reel the Tri-x feels more substantial, thicker, and it dries flatter than the Arista (this is helpful for scanning- especially if you have a cheap scanner like mine, a Canon 9000f, whose holders don’t flatten the negatives).  I think I like the look of the Tri-x more, but the Arista works fine for the price.  I can definitely refine my exposure and development with it.

I shot them all at ei280, exposed at 140 to allow for the filter- using my phone exposure app and Sunny 16 depending.  Development for the Tri-x was 11 minutes which seemed about right to me for the lightly overcast situation on that day.  Development recommendations seem to be are really spotty since they changed the film but generally seem to have gotten shorter .  The Arista for 11 1/2 minutes (Arista recommends 6 1/2 minutes for HC-110 B at ei400 starting point on the box), which was sort of a middle of the road calculation since on that day I had both high contrast as well as low contrast scenes on the same roll. Snaps really so not to be too scientific;-)

Straight scan. Exposed for sunny 16 (f16/100 exposed at ei140 due to yellow filter) this would have benefitted from exposing for the shadow and N- compensation development.

Ideally what one should do of course is try to take similar contrast scenes on the same roll so that compensating development can work for all the frames and not adversely affect some. Or take two or more cameras, one for each condition requiring different development. In fact if you are “really serious” you should rewind your roll whether you are finished or not once you have “the shot”, and develop just for that one:-)